On behalf of the group, Raphaël Ménard & Julien Dossier

This document is a contribution by the Elioth consortium (with Quattrolibri, Mana and Egis Conseil) to the preparation of the City of Paris’s strategy to achieve carbon neutrality by 2050. This study is designed to be a contribution to the debate: the measures it contains are proposed purely for guidance and commit only the members of the consortium. The actions and strategies described correspond to a body or package of actions that can be considered as describing one carbon neutrality strategy: politicians and citizens will surely propose many others.

With humility, what we are delivering is not a bible, but more of an Aladdin’s cave: a source bubbling with opportunities, challenges, questions, innovations, different trajectories, ideas and stories. The scale of the task explains the number of pages in this report: we have explored the ramifications of achieving the goal of carbon neutrality in 34 years, which spread into all the areas of human activity, housing transport, energy of course, but also waste, food, culture and leisure, business models, agricultural systems and biodiversity.

The issues dealt with in this report go far beyond the scope of the powers of the City of Paris authority: the issues around food, for example, raise challenges relating to land use planning and the redeployment of farms well beyond the boundaries of Paris itself, affecting places and business models over which the City has no authority. Therein lies the challenge of the mobilisation around the goal of carbon neutrality. Although it is to Inner Paris that the different sources of emissions aggregated in our calculations are attached, the solutions that need to be found will have ramifications that are much more widespread.

Producing this carbon neutrality strategy has involved a large amount of specialised technical and scientific work to arrive at both objective mitigation trajectories for each issue and the modelling of the changes in carbon emissions offsetting and capture and storage. This version of the report includes little detail about the important work of modelling and simulating trajectories carried out using the «R» software. The outputs from the model used are available in digital form. We are convinced that our model will be a useful instrument for testing other scenarios, estimating in more detail the sensitivity of other parameters and providing a long-term simulation model for the next few years.

The report covers the «story» of carbon neutrality in several thematic, sociological, chronological and political and then expert forms in the methodological note:

• The themed stories in Section 3 (all about carbon neutrality, 3.1) are intended for professionals in the different areas, as well as experts, consultants and urban planners;

• The sociological stories (3.2) are intended for the general reader: in this section, you will no doubt recognise yourself in one of the 18 characters described; you will then be able to refer to the description of the measures by theme to find out more about the different stages in the story;

• The conclusion is open to any reader and contains a wide-ranging set of milestones for the process of implementing the key measures in the transition.

Our conclusion is unambiguous: achieving carbon neutrality is within our reach. The prospect of doing so justifies all the energy and vitality of our recommendations, but also the radical nature of some of them. We emphasise, through the story of the families, the huge diversity of individual trajectories, which added together will shape Parisians’ emissions in the future. This document is an invitation to produce many different spin-offs from it: a television series, a digital simulator, theatre plays, investment funds, political conferences, neighbourhood consultations.

Here are the main pictures of the study 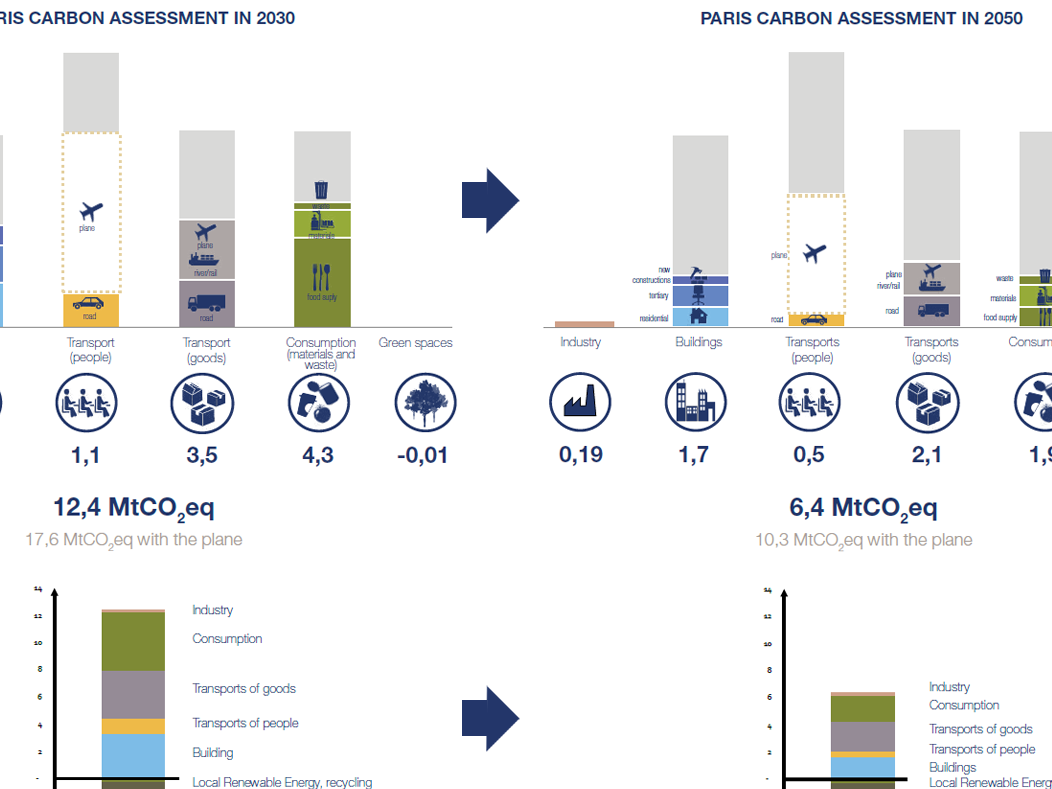 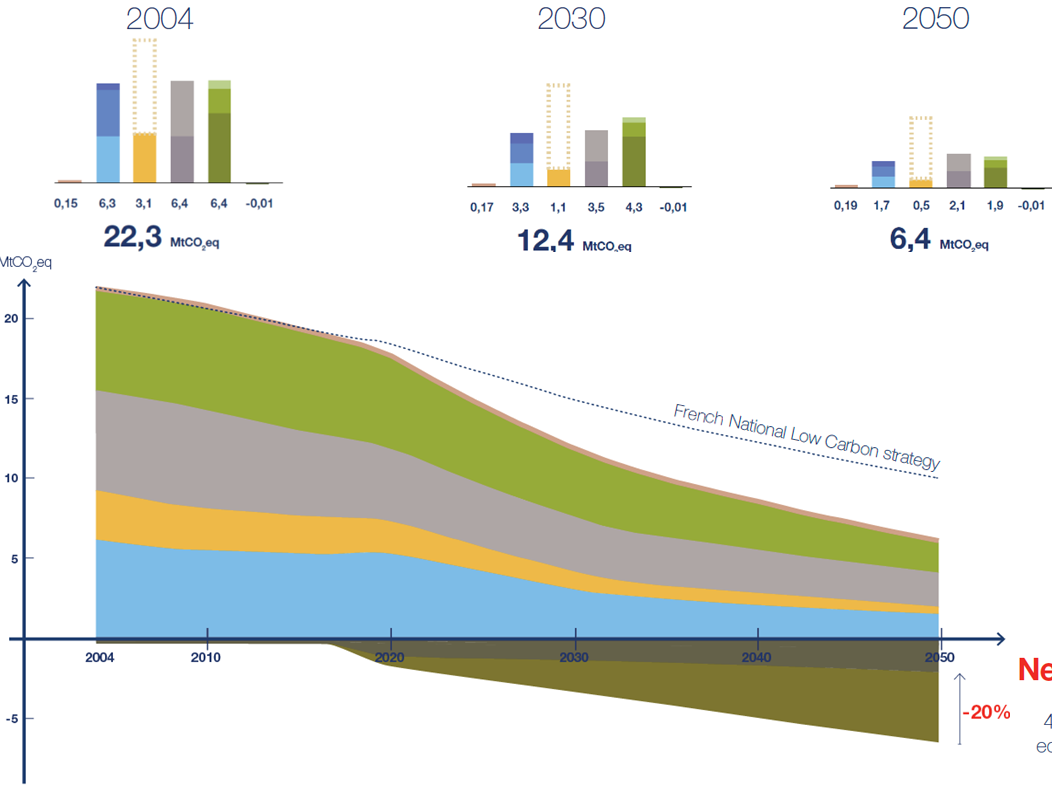 The path to neutrality 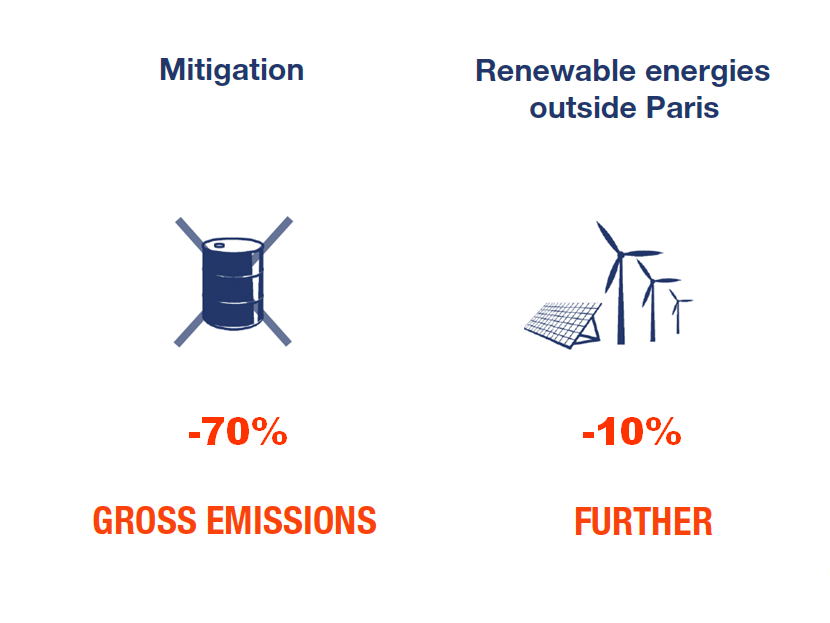 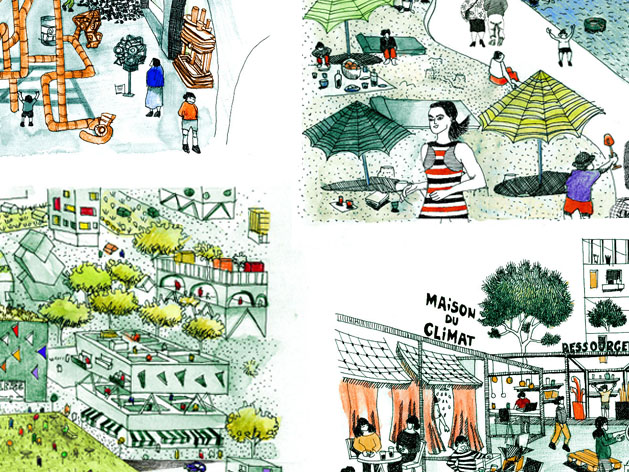 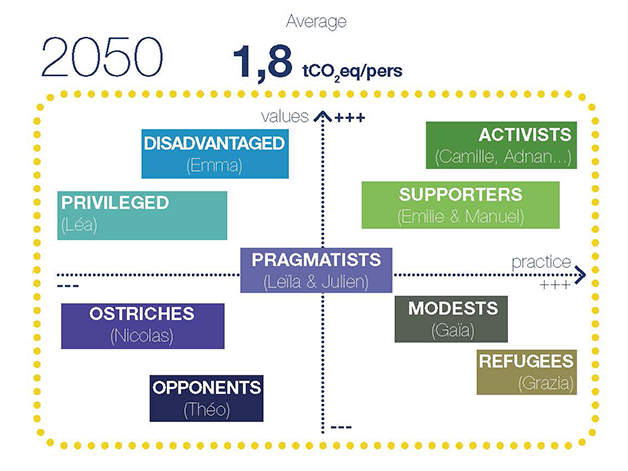 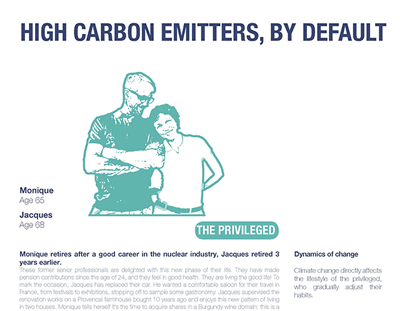 Study carried out by the group : 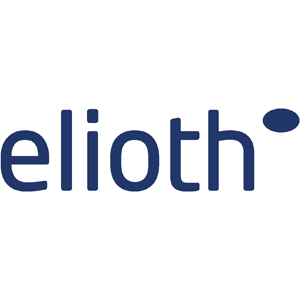 lead of the group, Elioth is a multidisciplinary team of engineers, architects, designers, graphic designers and datascientists, involved in consulting, innovative design and low carbon strategy, a subsidiary of Egis group 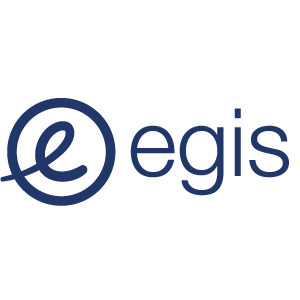 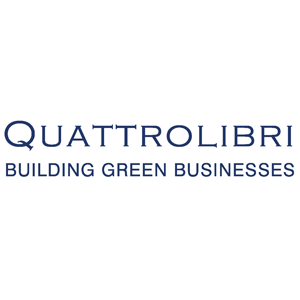 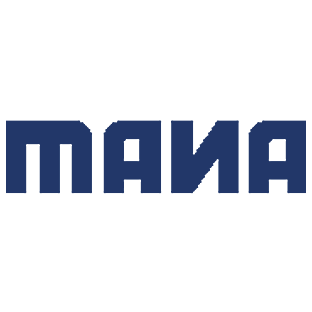 Studies and sociological consultancy office specializing in questions related to the lifestyles, uses, imaginary of the city and the territories 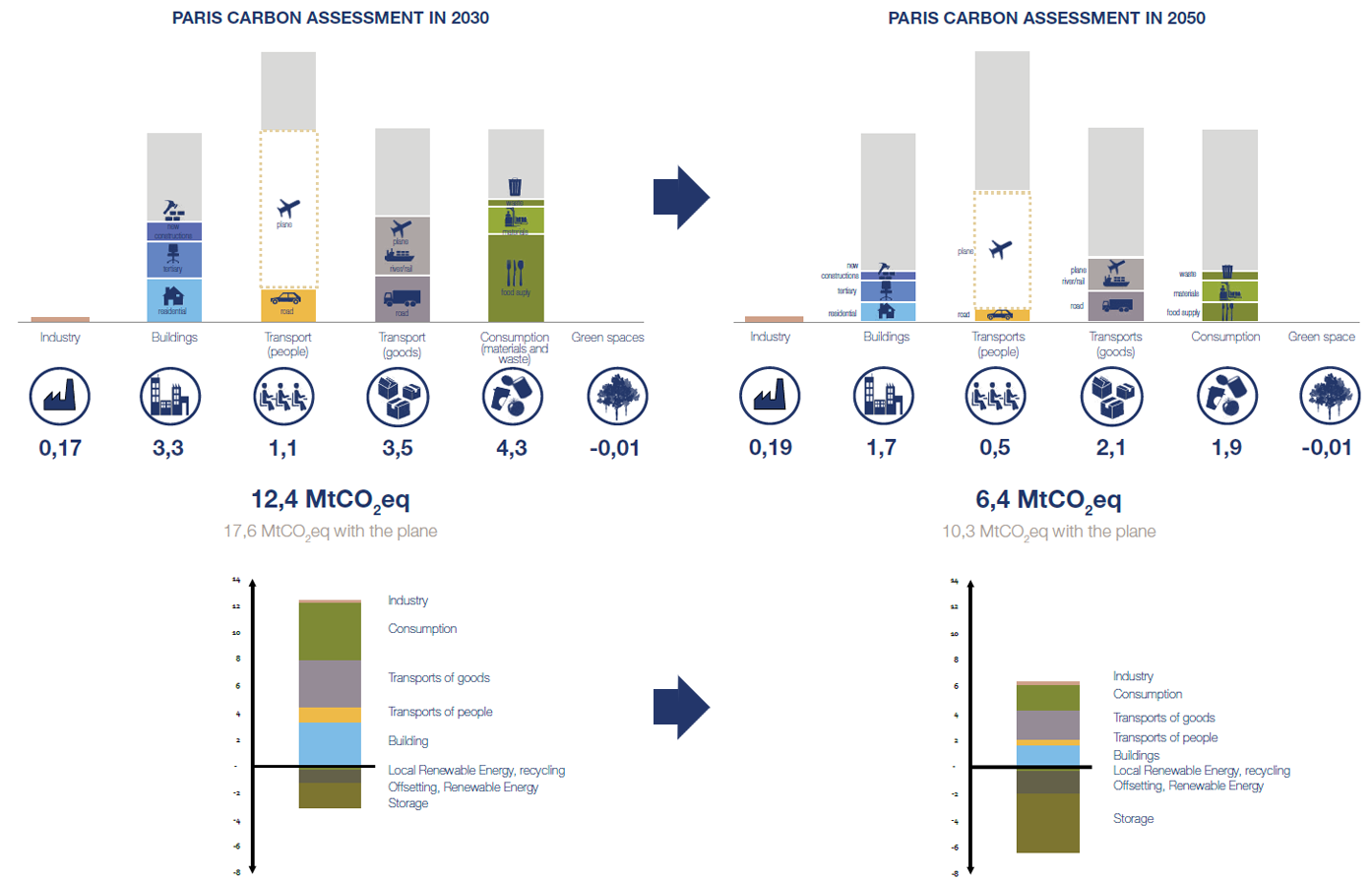 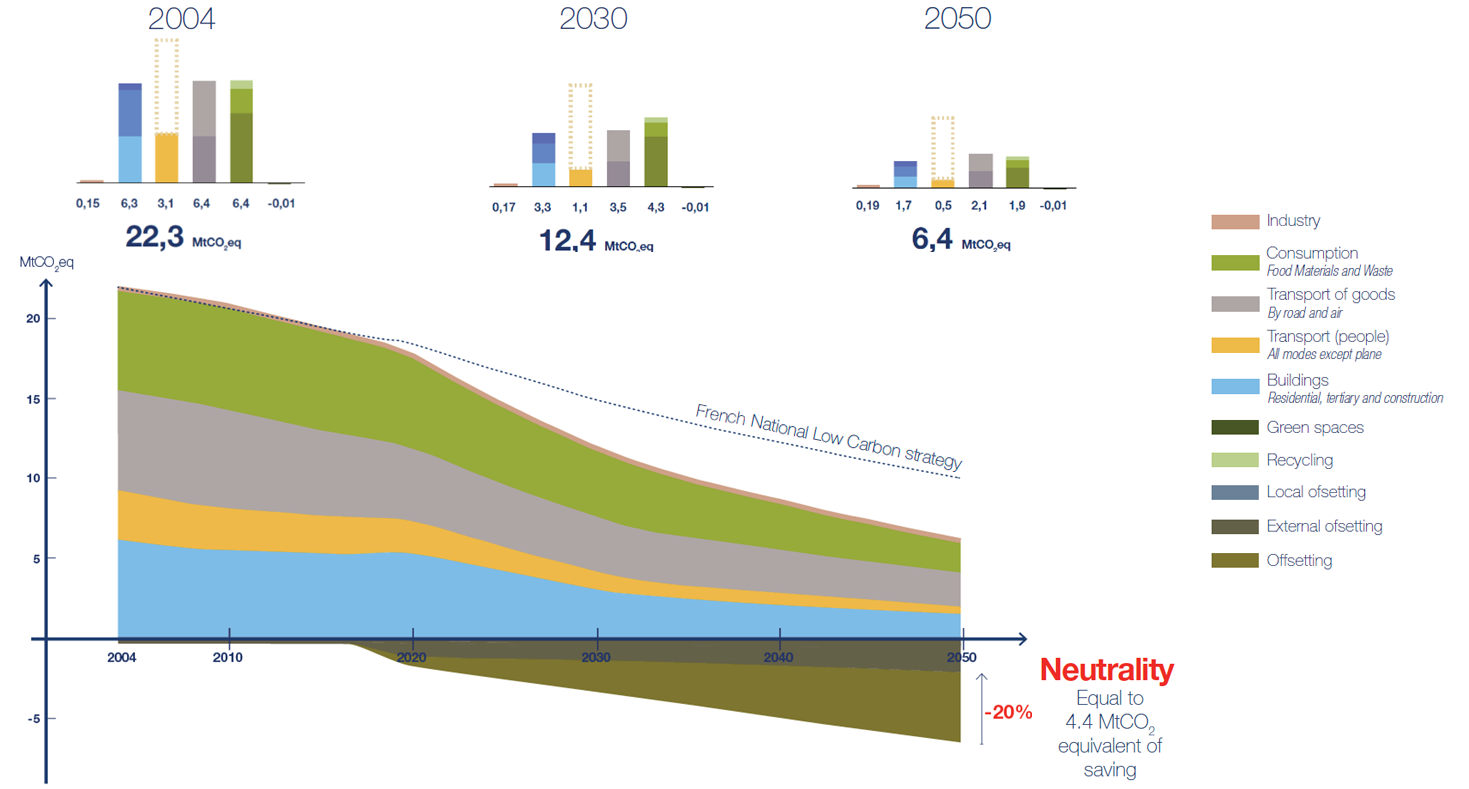 Carbon neutrality is achieved by reducing our carbon footprint by 70% despite an increase in the population. Then it is necessary to compensate 10% thanks to renewable energies and finally to sequester the remaining 20%. 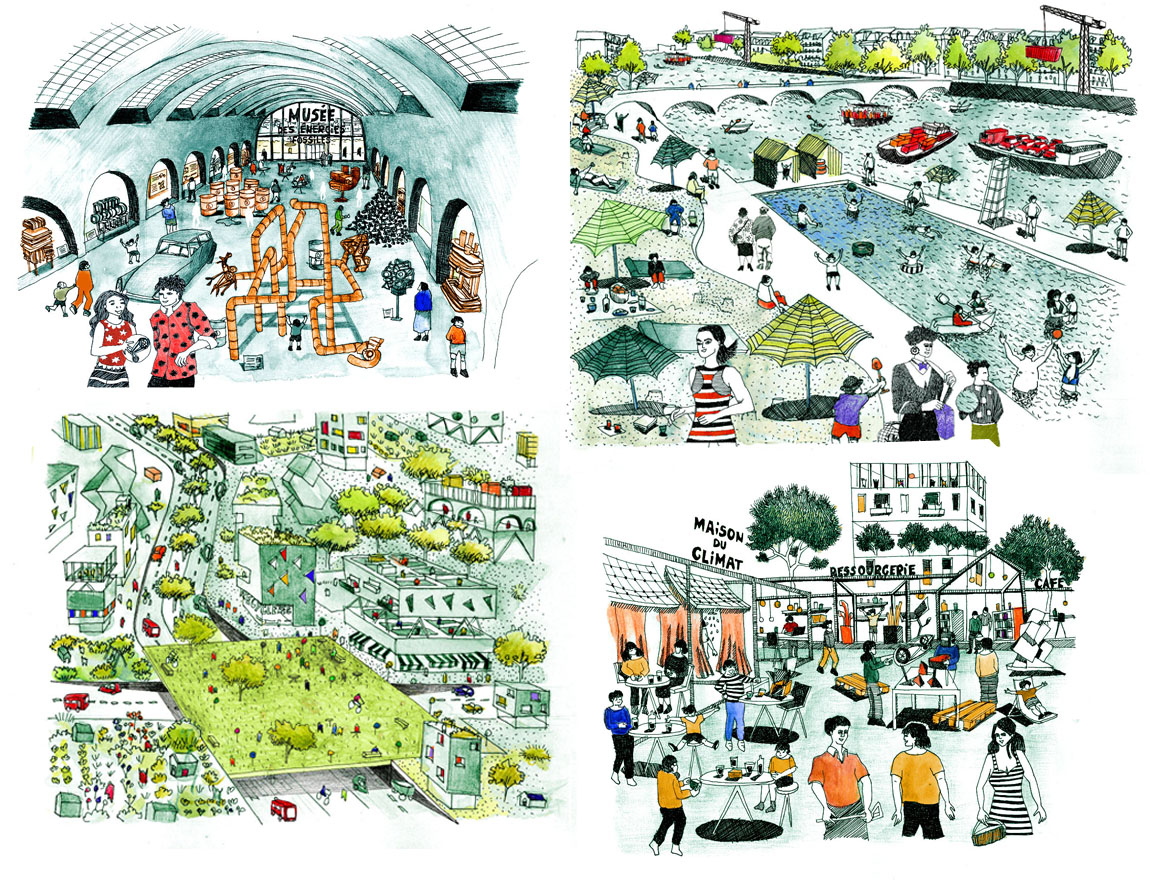 What could be the Paris of 2050? Diane Berg tried imagining representations of moments of life in Paris in 2050

Distribution and evolution of families into the map of "tenderness" according to their values and their practices. The first name represents the head of the family. 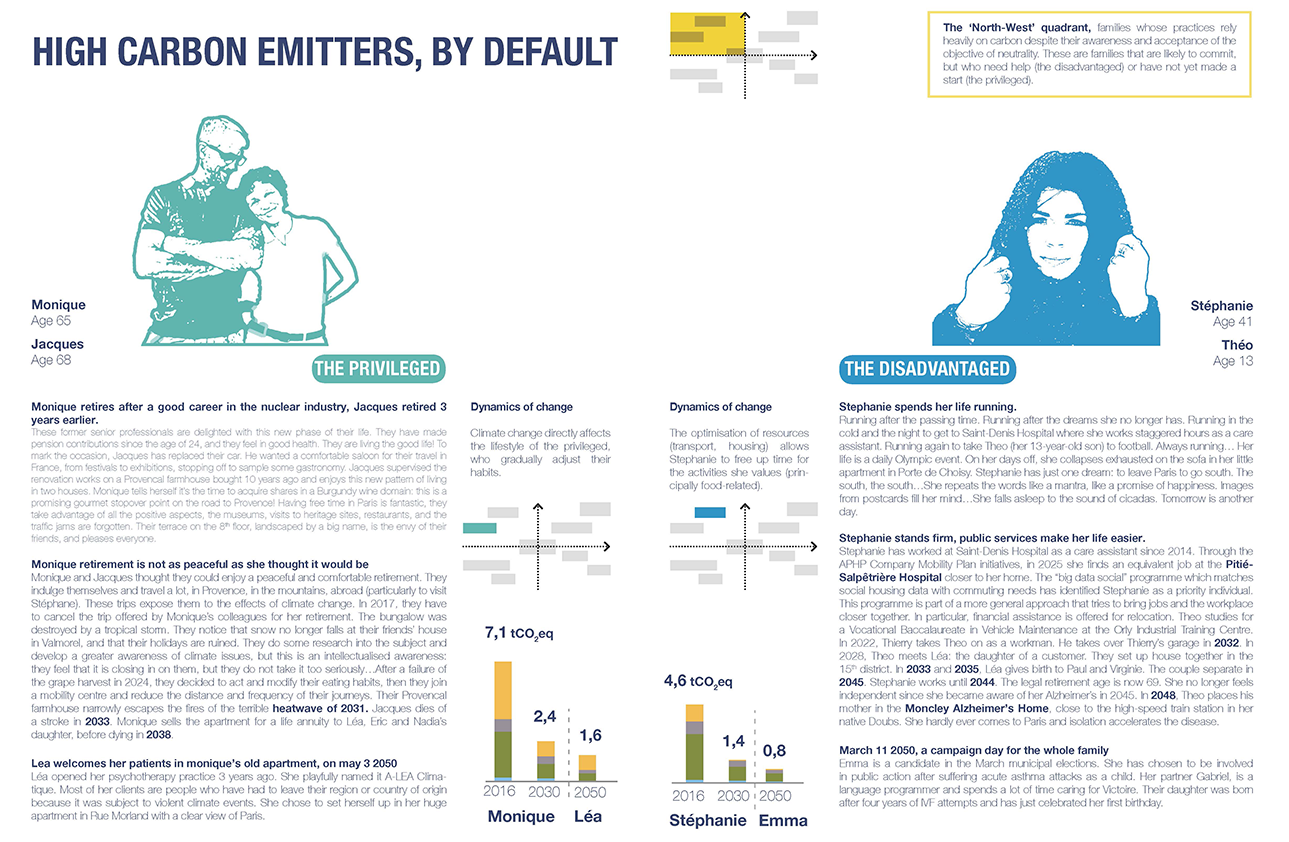 A summary of two families belonging to the same frame, High Carbon emitters families, by default.